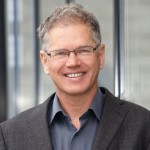 WAF Fassadenelemente GmbH (WAF Facade Elements, company with limited liability) was founded as an assembly business for aluminium facades and metalworking by Ing. Thomas Wolf in 1986. In 1989, the WAF GmbH moved its company headquarters from Innsbruck to Zirl. In WAF's early years, mainly smaller facade solutions in rural regions were mounted, but this changed in 1994, when WAF was asked to install a 15.000 m2 aluminium panel facade in Innsbruck. In the same year, the first step away from the mere assembly company towards a development company was taken with the development of mast climbing work platforms. After the new company building had been erected in Polling in 1996, the WAF GmbH moved to this municipality located 17 km west of the city of Innsbruck and added metal processing technologies to its range of services. At the same time, WAF started training apprentices in order to pass on the developed know-how. In 2001, WAF purchased a roll forming unit and thus started into 21st century by further extending its range of services. Their resourceful ideas and their courage to innovate led the WAF GmbH’s team to winning the 2007 "Kreatives Handwerk" competition for creativity and innovation in the trade and craft sectors. In the same year, the company was awarded the „Qualitätshandwerksbetrieb“ (high quality handicraft business) certification by the Tyrolean chamber of commerce for crafts and trades. Only one year later, the WAF GmbH was officially certified as an "Ecologically sustainably working business" by the state of Tyrol. The company changed its name from "WAF Fassadenelemente" (WAF Facade Elements) into "WAF Fassadensysteme" (WAF Facade Systems) in order to better represent its new developments and product range, which by then also featured complex and versatile solutions for customers demanding high standards in terms of the facade's design and functionality. Furthermore, the WAF GmbH purchased a profile machining centre in 2008. Moreover, both the production halls and the offices were extended, which paved the way for doing business not only throughout Austria, but at an international level. The following years were marked by the company's mission of finding a sustainable facade solution taking into account the question of future energy supply. In 2011, WAF's efforts bore fruit and a patent was granted for the solar facade, which was then presented at the Intersolar Europe, the European trade fair for solar systems.

Soon after, the WAF GmbH received the reward for all its work in developing their innovative facade and was awarded a prize at the "Klimahouse Trend" competition in Milan. Every year, this prize is awarded for innovations featuring sustainability as well as an aesthetically pleasing architectural design.

The biggest international recognition of the innovative strength of the company WAF during the development of the solar facade was obtained 2011 in London.  There the solar facade was distinguished with the "Renewable Energy Award" for new developments in the area of the renewable energy in the category "Best New Technology". Already a year later one found the enterprise among the finalists of the "Energy Awards in 2012" in London. Thus not only the expenditure for the development of a lasting solar facade solution was rewarded, but also the international acknowledgment for the enterprise was underlined. But also at a regional level WAF's pioneering role as a leading innovator and trend-setter was recognized and the company was awarded the "Regionalitätspreis Tyrol", a prize for supporting the regional economy in the state of Tyrol and in 2015 with the "Certification in Gold" by the Tyrolean chamber of commerce for crafts and trades.